You never need an excuse to visit Venice, but here’s one anyway: Tintoretto’s 500th birthday!

The Biennale may be dominated by the giddying whirlwind of modern art, but it’s the great artists and architects of the past who lay on the magnificent and unchanging backdrop, year after year, without ever boring anyone.

And there is none greater than Jacopo Tintoretto, that most Venetian of Renaissance artists. Something of a local hero, he’s left over 700 works spread across the city – it’s almost impossible not to stumble across his magnificent work on any visit to Venice. However, almost 150 paintings have been gathered together for two important exhibitions commemorating his quincentenary (he’s thought to have been born in September or October 1518). The Doge’s Palace celebrates Tintoretto’s late oeuvre, while his early works can be admired at the Accademia Gallery – which is Venice’s most glorious museum and well worth a visit in its own right.

Another important port of call for any Tintoretto enthusiast – or maybe any admirer of beauty – is the Scuola Grande di San Rocco. According to some critics, Tintoetto’s work within the Scuola Grande di San Rocco is as important to Venice as Michelangelo’s Sistine Chapel ceiling is to Rome. The great Venetian artist spent over twenty years working in the Scuola, endowing it with over sixty paintings, and it offers an incredible concentration of some of his best work – a de facto Tintoretto gallery. 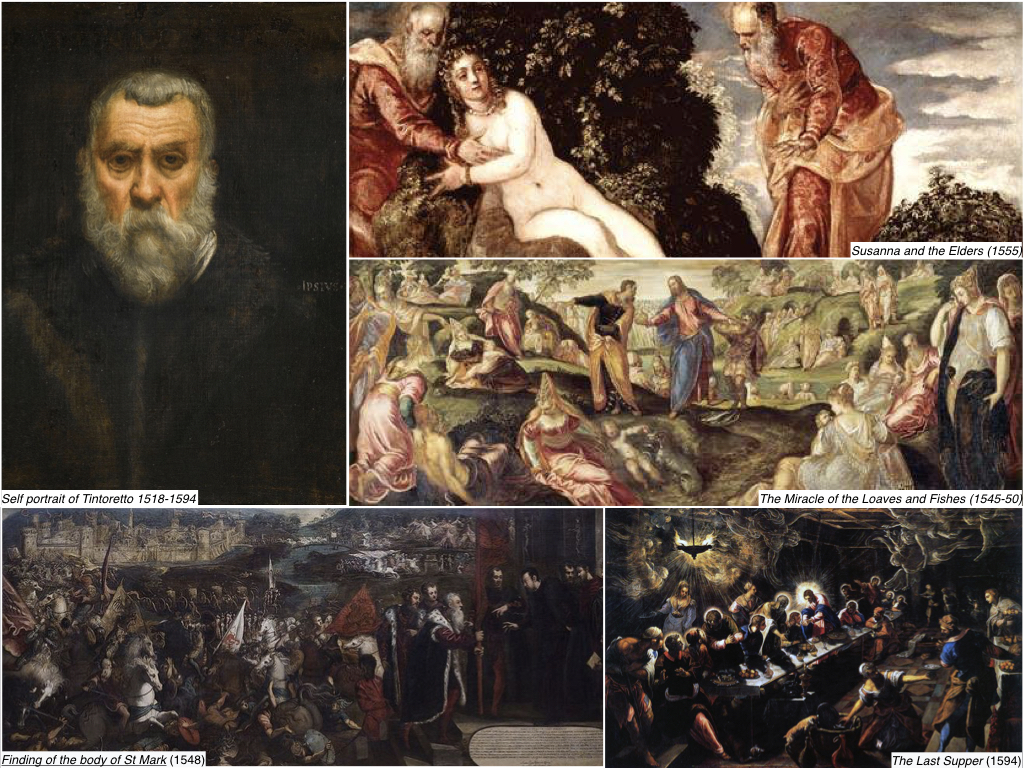 But Venice has an embarrassment of riches, enough to last several lifetimes, even without Tintoretto’s contribution. So what might you decide to do in just one day?
You could do worse than kicking off with a speciality coffee at Caffé Florian. Yes, it’s a tourist cliché – but for all the right reasons. Right on St Mark’s Square, it’s a genuine slice of Venetian history, established in 1720. And along with your coffee, you can drink in the almost unbelievably extravagant Italo-Byzantine Basilica. You might want to wander across the Square to pop inside, if only to gape open-mouthed at the incredible 8,000 square metres of golden mosaics above your head. But you can eschew the melee to go up the bell tower because we’re going to enjoy a more romantic view later on.

Instead, saunter over to the Rialto where, when you’ve had enough of the delightful bridge, you can pay a visit to the two iconic markets. Perhaps you can pick up some picnic provisions at the produce stalls, or even some seafood at the fish market. This is Italy, so food is quite rightly revered, and the lovingly-crafted displays of seasonal produce are as attractive as the buildings they’re housed in.

With your appetite whetted, why not make your way to Local for lunch. Don’t be put off by the English name, this serves true Venetian specialities, albeit often done with a twist. It’s a bright and spacious addition to the gastronomic scene, and one that takes its cooking and sourcing seriously.
After lunch you can hop onto the vaporetto (Venetian ferry) to the island of San Giorgio Maggiore. Here, the church of the same name is by another Venetian great, Palladio, and is blessed by the architect’s light-filled, chaste and beautiful interior. San Giorgio’s bell tower was no doubt the first thing you saw if you arrived in Venice by sea. Although slightly less lofty than San Marco’s, it affords what is arguably an even lovelier view – and certainly with many less tourists bustling around you. There are also – surprise, surprise – some very attractive late canvases by Tintoretto flanking the high altar. And as you leave, take a last lingering look at the classical, white marble façade – wonderful at any time of day, but perhaps prettiest in the late afternoon sunshine. 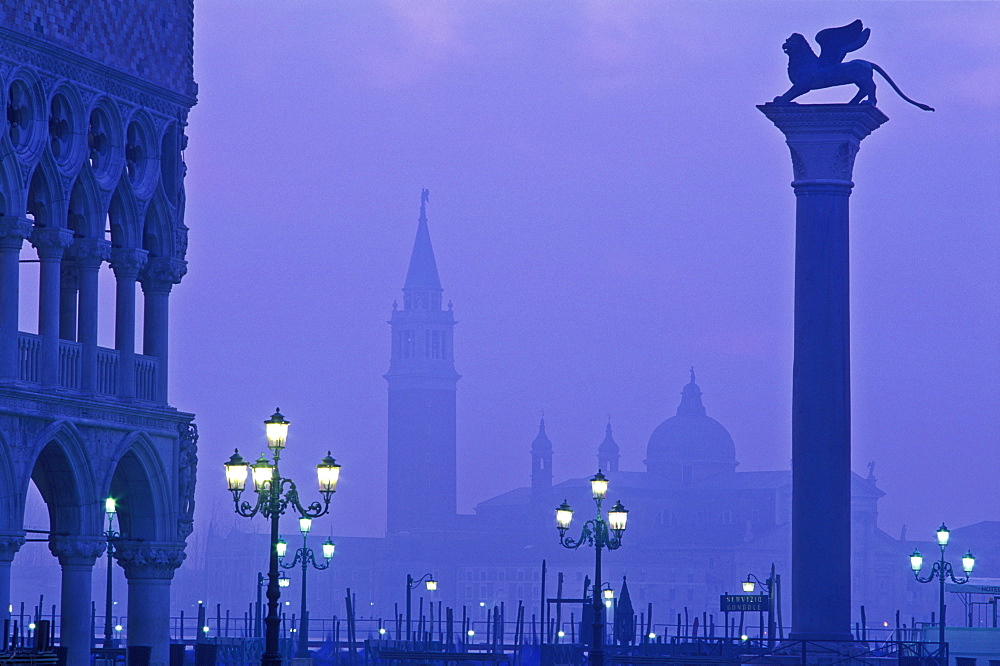 Nearby is possibly the most beautiful bookshop in the world, the Libreria Acqua Alta, as well as the church of San Zaccaria, whose marvellous altarpiece is considered one of Giovanni Bellini’s finest works.

However, with only one day in the maritime city, you might want to hurry back before the Chiesa della Madonna dell’Orto closes. It’s the theatre of some of Tintoretto’s most dramatic work, the local church of this very religious man, and the place of his burial. His enormous ‘Last Judgement’ is among the most terrifying ever painted, rivalling even Michelangelo’s in the Sistine Chapel.

And after Tintoretto’s fiery genius, you might want to retire to a calmer environment at the end of the day. After all, Venice is defined by its impossible romanticism, so where better to stay than at Giambattista Tiepolo’s old family mansion, the Palazzo Papadopoli. Now the Aman Venice Hotel, the palazzo retains sumptuous frescoed walls and ceilings by the Rococo artist. Tiepolo can’t lay claim to being quite as important as those other two T’s of Venetian art, Titian and Tintoretto, but his style is more restful to eye. The soft, pastel colours lend a romantic air to scenes which can actually be energetic. They also exhibit a winning combination of precision, apparent ease and vivacity, often referred to as sprezzatura. That very Italian quality is one which Tiepolo came to define as an artistic trait.

Born a century after Tintoretto died, the painter represented a final flowering of Venetian painting, and was the last of the old masters – along with Canaletto and Guardi – whose style could be described as distinctive to the city.

When it opened in 2014, the sensitivity of the Aman’s introduction of contemporary luxury into the old palazzo won a heritage award as Italy’s best restoration project. This is the only hotel in Venice – indeed, the only palazzo – to boast two gardens, with one on the Grand Canal. Something else which sets the Aman apart is the pride it takes in taking you away from the crowds to enjoy tailor-made and expert-led Venetian experiences. 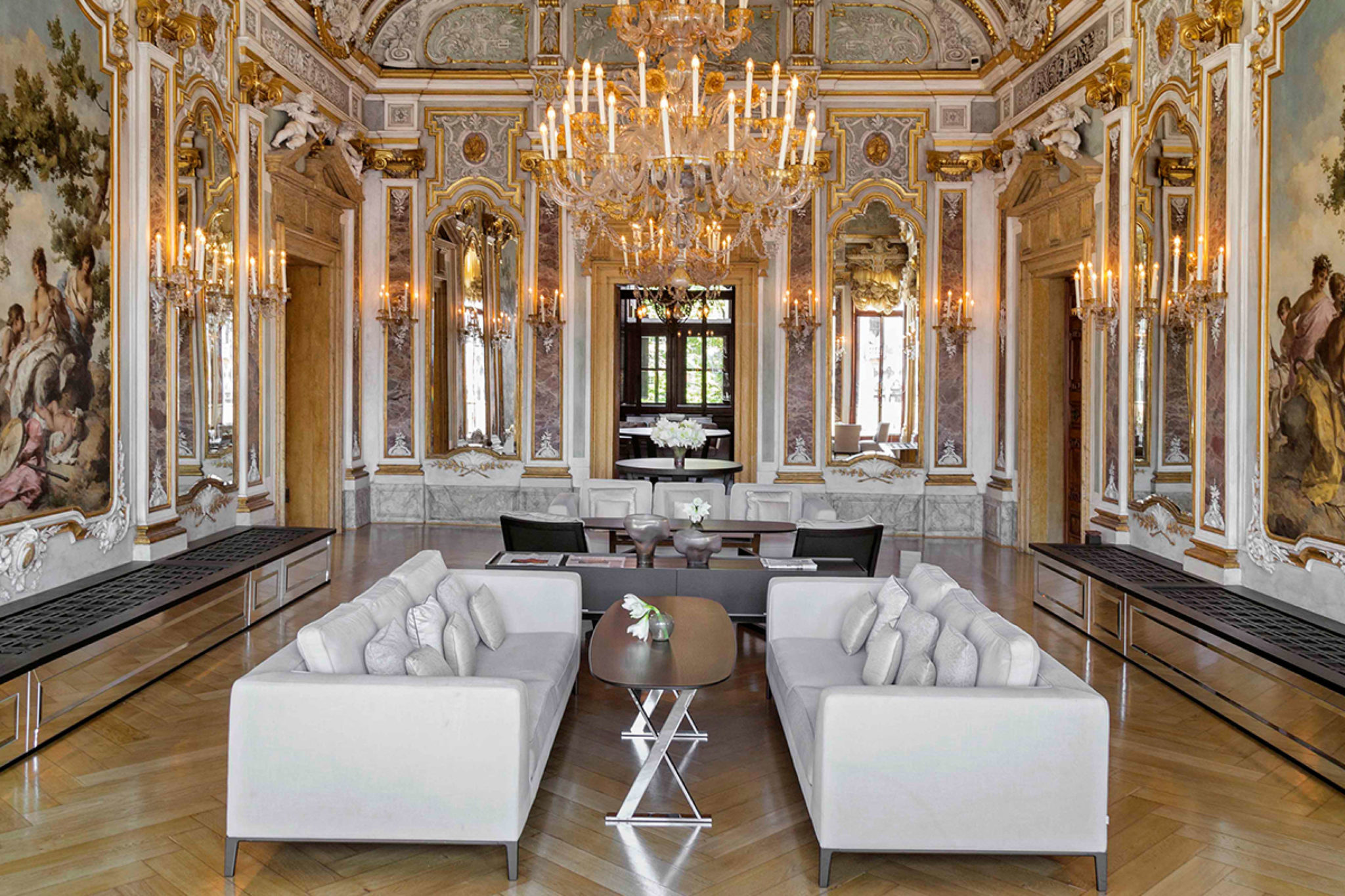 In fact, if you did have just one day to visit Venice it would certainly make sense to use the Aman to put together your perfect day, perhaps, this year, with a Tintoretto theme. You’d certainly want to pay a return visit to La Serenissima soon after – maybe for the Biennale in 2019. The exhibition’s modern art offerings can be great fun, and big business.

However, sometimes you need to remind yourself why they were called old masters. Happy birthday Tintoretto!

+ There are no comments

A well balanced non boring blog with lots of tips that are actually useful. British Airways and Conde Naste should take note...!

Any cookies that may not be particularly necessary for the website to function and is used specifically to collect user personal data via analytics, ads, other embedded contents are termed as non-necessary cookies. It is mandatory to procure user consent prior to running these cookies on your website.