All eyes will turn East to Shanghai at the end of this month, when the Victoria’s Secret Fashion Show flies into town. As the Angels in underwear put Shanghai on the world stage, it is a great opportunity to visit this hotspot of globalisation and modernity.

Romee Strijd has been running this vlog so you can follow her in the run up to the big event https://www.youtube.com/watch?v=TWwEqYwtoPw

It is hard to believe Shanghai used to be a small fishing village. Now it is a metropolis with over 20 million inhabitants. Colonised by the English, French and Japanese, the city has evolved though many cultural influences. But the most dramatic change has been the  bubbling up of futuristic skyscrapers, some of the tallest in the world. The last remaining traditional alleyways, embellished with washing lines draped in chinese laundry, cling to survival in their shadows below.

Shanghai has everything a fashionista’s heart could desire. The favourite haunts of Victoria’s Secret Angels are:

Uma Wang,  Shanghai’s breakthrough fashion designer who launched her own label in 2005. Her first designer shop opened in the French Concession, displaying her signature textured layered designs, which have featured in Milan, New York, London and  Paris Fashion Weeks to great acclaim.

Autumn Sonata, is in a 100-year old building in an artistic neighbourhood, with a display window along the street. It sells high fashion garments and  accessories, using fine fabrics and exquisite craftsmanship. The style is a combinatin of classical European heritage and Eastern wabi-sabi principles, closely linked to the spirit of Zen. And when you get in the Zen zone, you will be automatically drawn to the  Japanese Zen-lifestyle store just at their back door.

Go to Bao Bao Jiao (RenMin Plaza) for the Din Tai Fung Xiao long bao soup dumplings, Shanghai’s most famous food. This is the best place to eat them.

Little Catch – Wenyi and Jiayi, are  known as the ‘Seafood Sisters’. They have grown up around fish since they were born in Singapore, raised in Hong Kong and educated in New York. Their bowls of wasabi shrimp or ponzu scallop are personally sourced with passion. What a catch.

Flair Bar at the 58th floor of the Ritz Carlton, is the rooftop bar with jaw dropping panoramic views. Victoria’s Secret Angels are probably staying in this hotel as it is only 15 minutes away from the Mercedes Benz Arena. They won’t be drinking the Ghost Orchid  cocktail made with vanilla, vodka, shochu, coconut cream, pineapple, and schisandra bitters. But dont let that stop you.

MoCA – The Museum of Contemporary Art  MoCA , is showcasing the eye catching, brain teasing, work by the Bridget Riley of the East, Ken Miki. The Exhibition is called ‘Apple’: ‘Learning to Design, Designing to Learn.’ Miki, a  Japanese designer and design thinker, one of the coolest in the world, uses the apple as an everyday object and universal symbol, to show us how he approaches his work.

Amanyangyun Hotel  (“Nourishing Cloud” ) – The sublime Amanyangyun is Shanghai’s newest hotel. It only just opened this year on the outskirts of the city, sensitively designed and set in a calm, scented camphor forest. Its story is a hopeful one, involving the conservation of ancient traditions in the face of the ravages of new building development. Plans to flood an ancient village surrounded by a sacred camphor forest of 2000 year old trees in the province of Jingxu, to make room for a new reservoir, spurred a local philanthropist to step in to save his heritage. It took a team of botanists, bridge engineers and experts in traditional chinese architecture to carry out a painstaking transplant operation. 10,000 camphor trees were transported over 700 kms and carefully replanted. 50 Ming and Qing-dynasty villas were dismantled brick by brick and rebuilt, using rediscovered techniques dating back 400 years. These precious  fragments of Old China have been protected and put to new use. The ancient and the modern are put to work in synthesis. 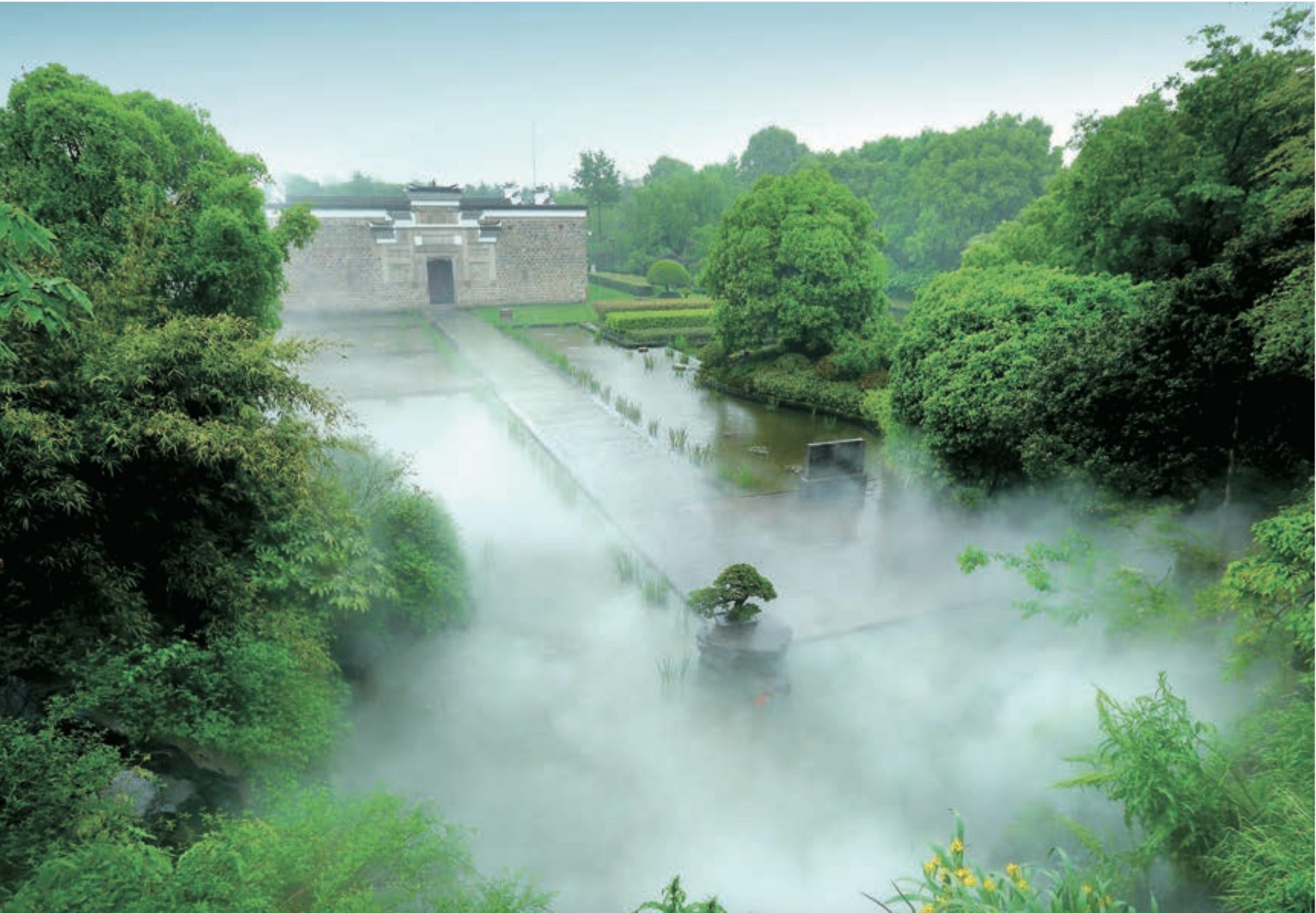 Enter the Dragon – As iconic as the apple and more mysterious, dragons hold Shanghai on an unbroken chain that anchors the city to her  ancient past. Dragons are everywhere you look, especially in carvings on the stairs and pathways of imperial palaces, as a symbol of imperial authority going back for thousands of years,.

At The City God Temple, the dragons look down on you from the roof cornices and in the nearby Garden of Happiness, to bring you joy and  good fortune. According to the expert on Chinese superstition, an authentic dragon has : ‘The antlers of a deer. The head of a crocodile. A demon’s eyes. The neck of a snake. A tortoise’s viscera. A hawk’s claws. The palms of a tiger. A cow’s ears. And it hears through its horns, its ears are deaf. It has ‘a rabbit’s eyes, a frog’s belly, a carp’s scales’ . Of the 117 scales, 81 are of the yang essence while 36 are of the yin essence. They have supernatural powers of metamorphosis, turning into clouds and water, and great powers of good luck and protection.

The presence of dragons is a clear sign of cultural continuity, despite break-neck speed modernisation. If you get up early and visit  Fuxing park, you will find people practicing the traditional art of kite flying. The kites are made by hand with rice paper, some are fashioned into the form of long tailed dragons. They dance above the cityscape, a reminder of age old traditions. Many chinese people today still believe dragons really do live and breathe amongst them . 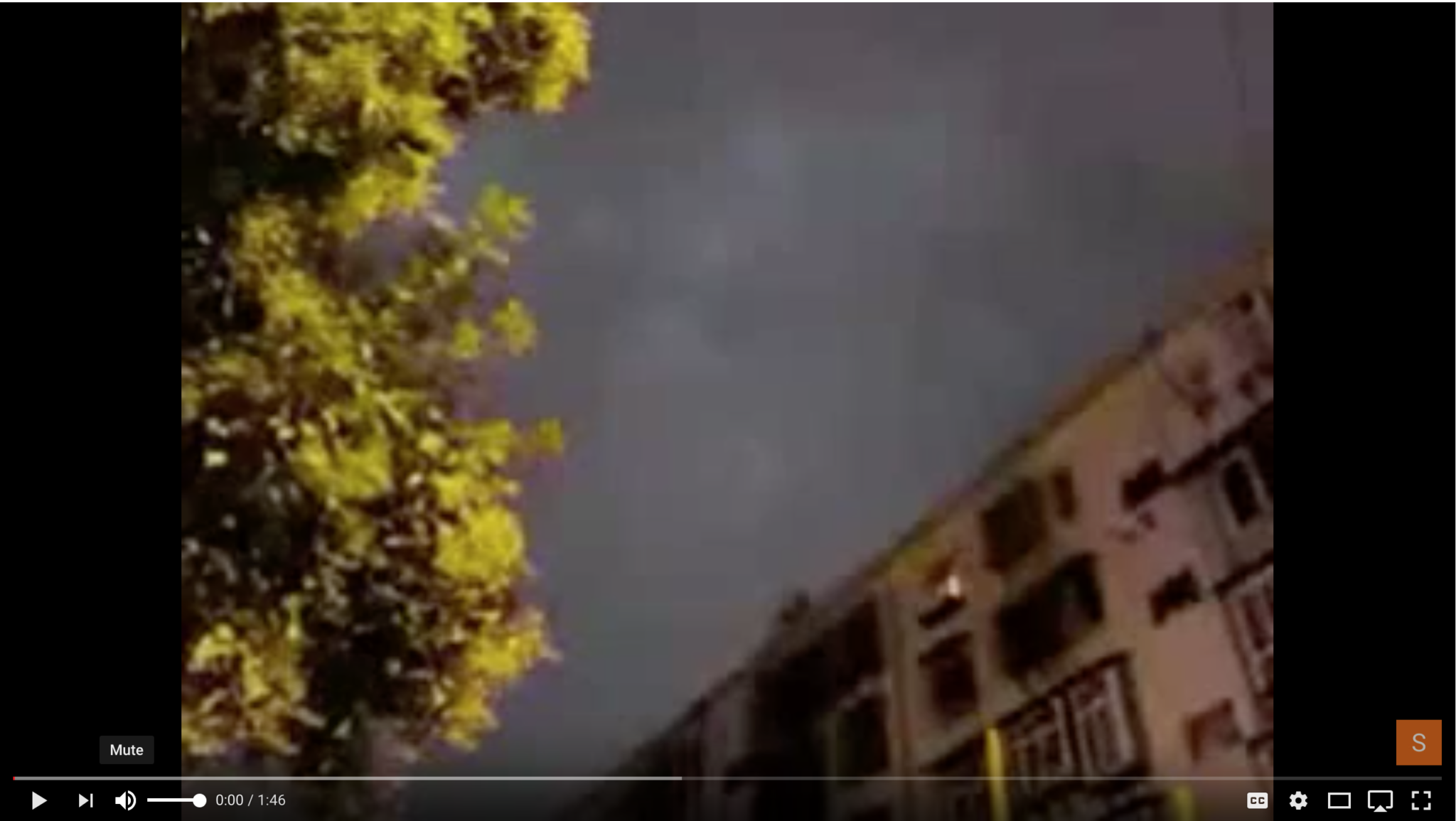 You may go to Shanghai for the Angels, but you will return believing in dragons.

+ There are no comments

A well balanced non boring blog with lots of tips that are actually useful. British Airways and Conde Naste should take note...!

Any cookies that may not be particularly necessary for the website to function and is used specifically to collect user personal data via analytics, ads, other embedded contents are termed as non-necessary cookies. It is mandatory to procure user consent prior to running these cookies on your website.