I love travelling and experiencing different places and cultures. I was born in Sicily and moved to the UK for a year when I was 20 to improve my English – that was 17 years ago and I’m still here…and I’m still improving my English so excuse any Italianisms that creep into this! Along the way I’ve worked in coffee bars and museums (including a particularly interesting stint in Madame Tussauds!)  When the urge to travel got too much I worked as cabin crew then started my serious career in sales and marketing for some of the most prestigious hotels in London. I’ve just set up my own business in luxury hotel representation and these days when I’m not in my London office I work from a shepherd’s hut in a little village in the South of England with my two dogs for company.

My most recent trip was to Stockholm a couple of weeks ago.  Stockholm is great – it’s easy to get to …only three hours from the UK with lots of cheap flights and hotel bargains to be had (have a look at Skyscanner.co.uk). The people are really friendly and it’s easy to get around. It’s made up of lots of islands so you can take a boat trip if you want to and there are lots of areas where it’s really easy to get around on foot.

I always want to try the local food and if you’re like me when you think of Swedish food, thanks to IKEA you’re probably going to think of meatballs – try them in Stockholm though and you’ll get the real thing! I loved the coffee and cinnamon buns and couldn’t resist the liquorice ice cream.

I had to go to the ABBA museum – ok so you may not admit it at home but here you can indulge your secret soft spot for ABBA in the company of a lot of other people who want to know what it would be like to be the fifth member of the band. I’m not sure the costumes suited me but I haven’t been able to get Dancing Queen out of my head since!

I thought I should do at least one ‘cultural’ thing while I was there so I decided to take some time to look round the Old Town – After seeing the Royal Palace and the Cathedral I popped in to the Nobel Museum to take in their Exhibition ‘Experiment’ – all about ten experiments that were crucial for discoveries that have been awarded Nobel prizes. 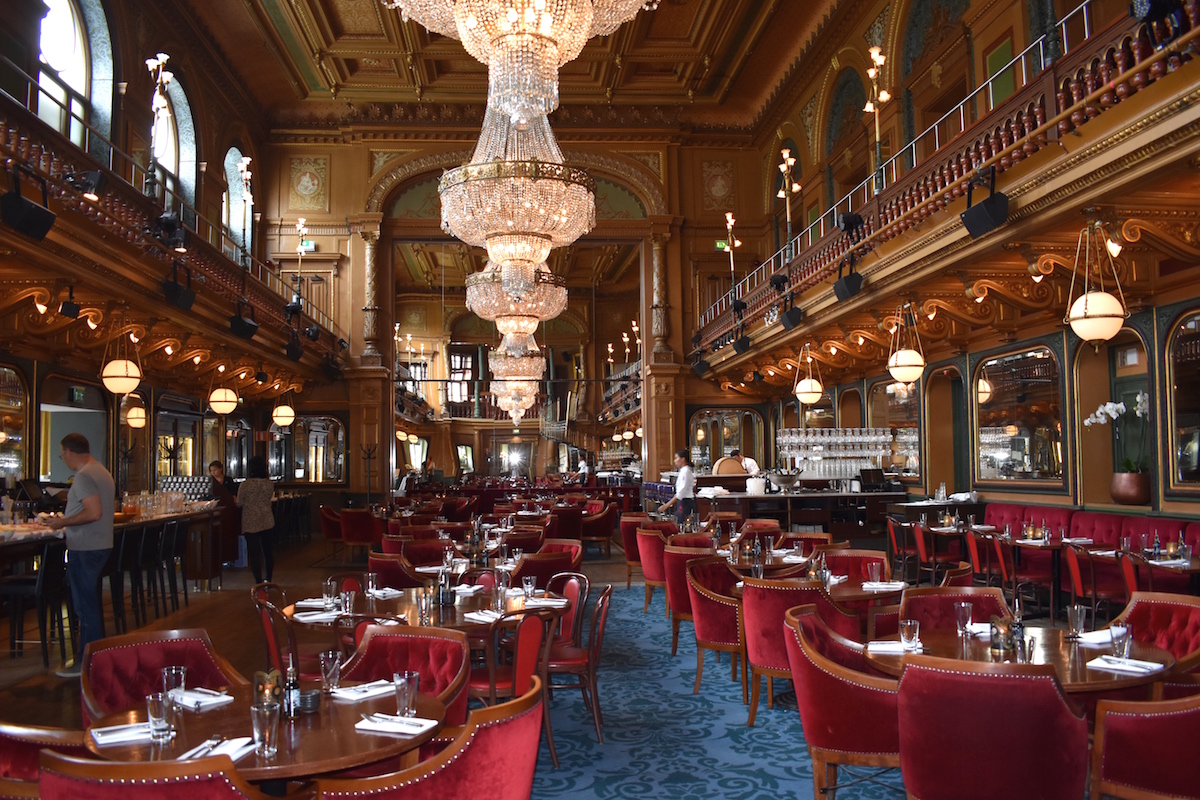 My favourite evening in Stockholm was dinner and drinks in the Berns Hotel. If you stay in the hotel you have exclusive access to the roof top bar – I had a couple cocktails there and was spoilt for choice between the Asian restaurant and eating French in the Berns Bistro. A fantastic end to a couple fo days in Stockholm.

A last note – you might be surprised to find that quite a few places in Stockholm don’t take cash – make sure you’ve got your cards with you!